Just got a tip about the next Google Android-powered handset for T-Mobile, yes, the G2. We’re running this as a rumor as it’s definitely not confirmed, but we’d bet on this turning out to be true as opposed to, well, you know… Here’s what our tipster had to say: 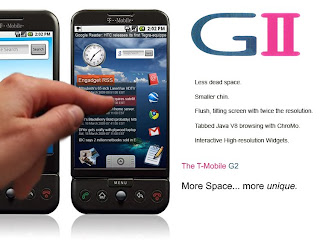 By Profession, he is a director in a Private Organization(IT) with having more than 15Years of experience. Writer, Marathon Runner, Educationalist, Blogger, YouTuber, Amature Photographer, Gadgets Lover and Loveable father.

First experience on my first app in App Store